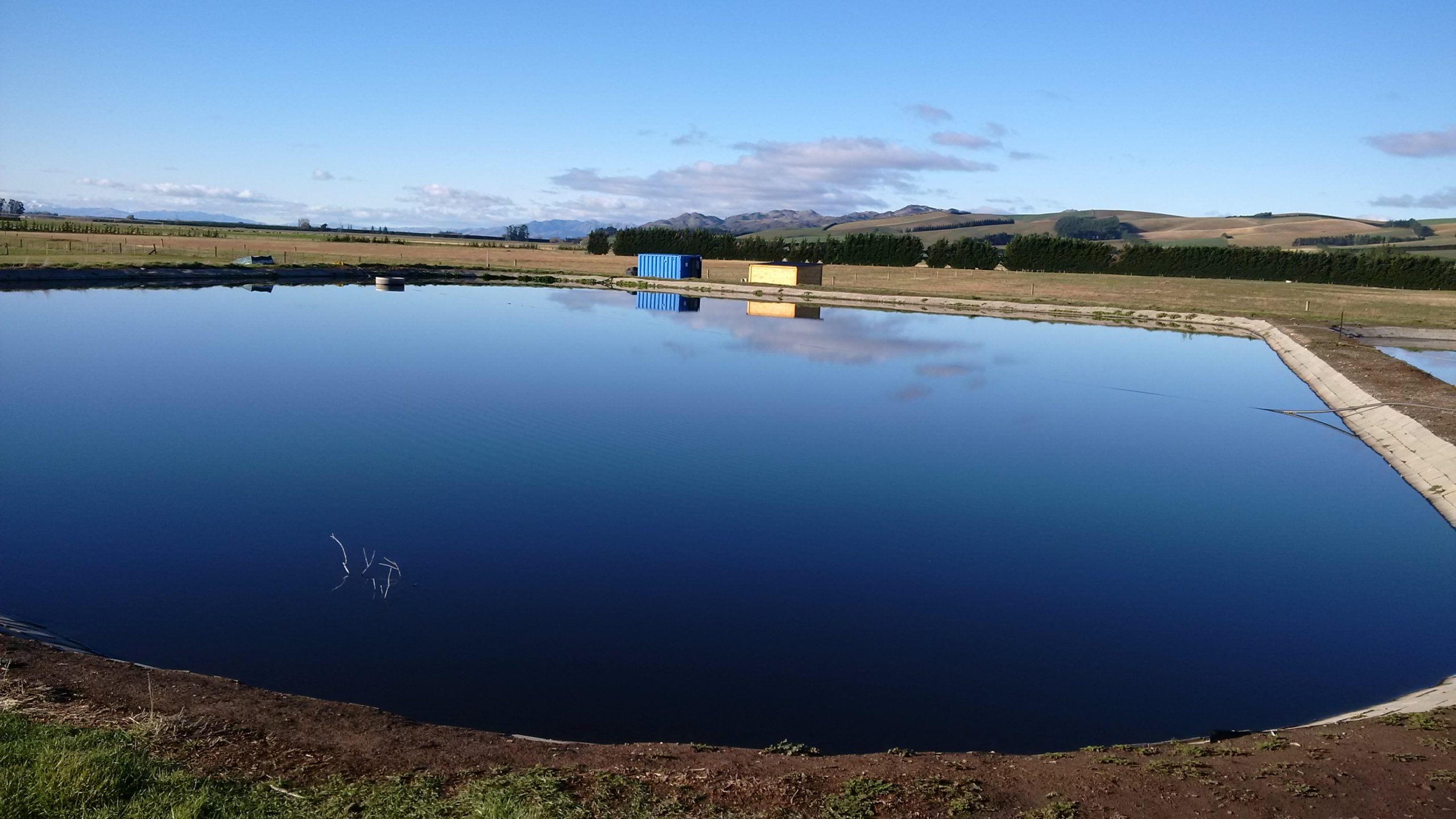 Lagoon dissolved oxygen, or DO, is the lifeblood of the wastewater lagoon system. The bacteria and other microbes that consume biological oxygen demand (BOD) need 1.5–2 lbs. of dissolved oxygen per pound of influent BOD, and as much 4 grams of oxygen per gram of BOD during the spring, when warming temperatures increase biological activity.
Insufficient DO causes all sorts of problems, from lagoon odours to discharge consent violations. In this article, we’ll talk about lagoon dissolved oxygen: where it comes from, how levels change over the course of a day, potential causes of low DO, and how to ensure your wastewater lagoon system always has sufficient DO to stay in compliance.

What is lagoon dissolved oxygen?
Lagoon DO feeds the microbial lifeforms that aerobically treat wastewater BOD. Sufficient lagoon DO controls odours, assists in nitrification, and optimises BOD removal. Without it, the bacterial microorganisms will begin to break down the waste without oxygen, or anaerobically—a slow and malodorous process.
In a facultative lagoon, oxygen is supplied by the interface between the lagoon surface and the atmosphere. Another source of oxygen is algae, which produce oxygen during the day. On a normal sunny afternoon, algae can produce oxygen saturating surface layers up to 40 mg/L. At night, however, they respire or use up oxygen, resulting in variant DO concentrations over the course of the day, with the highest during the afternoon and the lowest at night.
While having algae provide “free” oxygen to a lagoon sounds great, excess algae create BOD and total suspended solids (TSS) problems, form smelly mats that block sunlight, and some types, namely blue-green algae or cyanobacteria, can even release dangerous toxins. Algae also uptake the nutrients nitrogen and phosphorus, which they re-release back into the water column as they die.
Most lagoon TSS problems are caused by algae: In lagoons with algae, effluent TSS can be higher than that of the influent.
A facultative lagoon will also have different DO levels at different depths, with higher levels at the surface due to algae and wind influence, and lower levels near the bottom, where sludge will accumulate.

What are the signs of low lagoon dissolved oxygen?
Of course, high BOD and TSS levels in the effluent demonstrate low lagoon dissolved oxygen conditions, but there are also some sensory clues.
1. Colour: The colour of a lagoon offers useful information about treatment conditions. Any colour except for sparkling blue, green, or brown water is a clue that DO may be too low.
Pea soup green or green streaks: Too much algae
Bright green and leafy: Duckweed
Clear: Possibly ammonia or sulphide toxicity
Red: Purple sulphur bacteria, which like low oxygen conditions
Red patches: Daphnia are stressed by lack of oxygen
Gray or black: Septic

2. Odour: A wastewater lagoon with sufficient DO should not be producing objectionable odours. Strong grassy, fishy, sulphurous, or sewage odours indicate a problem.

3. Popping sludge: Gases generated by anaerobic digestion at the bottom of the lagoon become entrained in the sludge, lifting it to the surface. This process, called turnover, is common during the spring and autumn when temperatures change, but can happen at any time of the year. Floating sludge mats are a sure sign of insufficient DO.

How to correct low lagoon dissolved oxygen
There are several ways to improve DO in a wastewater lagoon, primarily by correcting the cause of the low DO conditions.
• Remove the duckweed, matted algae, or sludge that is blocking the surface
• Cut down any trees or plant materials that are interfering with the wind action on the lagoon
• Reduce BOD loading by adding an influent screen, or run lagoons in parallel instead of in series
• Reduce influent toxicity by taking affected lagoon offline
• Remove sludge
• Improve aeration and mixing

Optimal aeration prevents low lagoon dissolved oxygen
A properly aerated and mixed lagoon will have dissolved oxygen levels that are always sufficient for the influent BOD and consistent over the course of the day and throughout the water column. There will be virtually no algae and solids will be kept in suspension where they can digest instead of settling as sludge.
Ares Aerator® provides lagoon aeration and mixing in a single unit. Efficient fine bubble aeration, with its high surface area bubbles, maximizes dissolved oxygen levels and biological treatment. The coarse bubbles emitted from the static tube provide robust mixing and churning action, promoting oxygen transfer and preventing algae and sludge build-up.
The Ares Lagoon Aeration System is designed to mix the entire water column to help maximize oxygen transfer and ensure your system is compliant—for more information ccontact Parklink. info@parklink.co.nz