Lakes and ponds are catch basins for many sources of nutrient pollution. Excess nitrogen and phosphorus from animal or fish waste, stormwater runoff, grass clippings or leaves, and fertilisers are a just a few examples of the nutrient pollution that eventually settles at the base of lakes and ponds. Lake and ponds with bases that are overloaded with these nutrients can experience depletion of oxygen, fish kills, excessive weed growth or harmful algae blooms that negatively impact water quality. 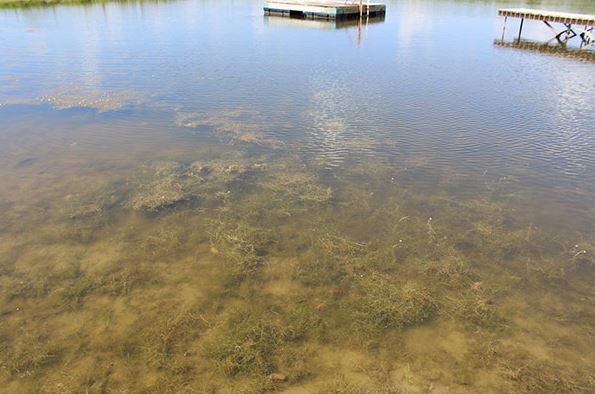 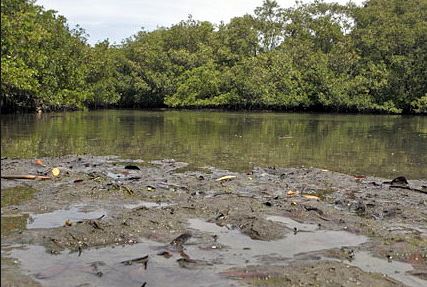 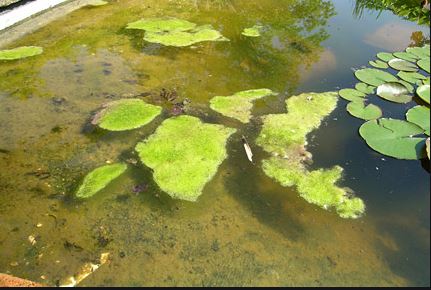 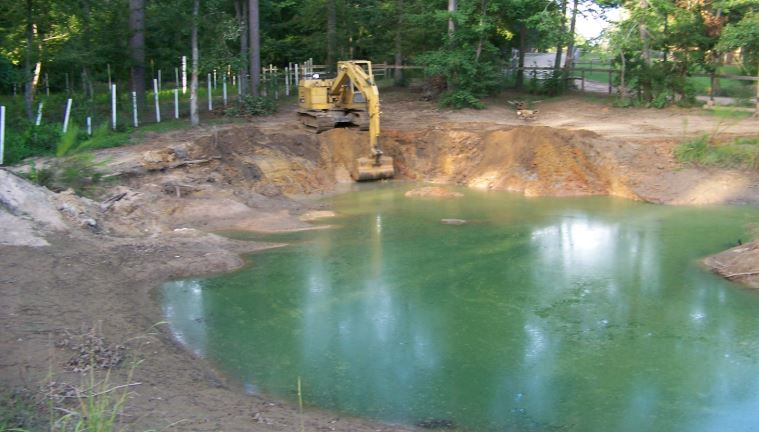 Every lake is different, learn what works best for you. 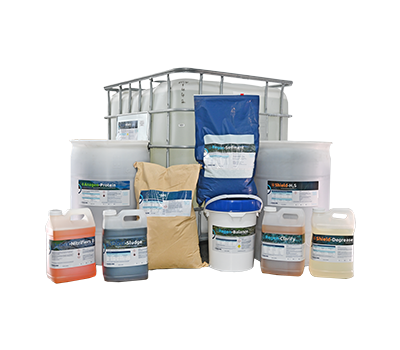 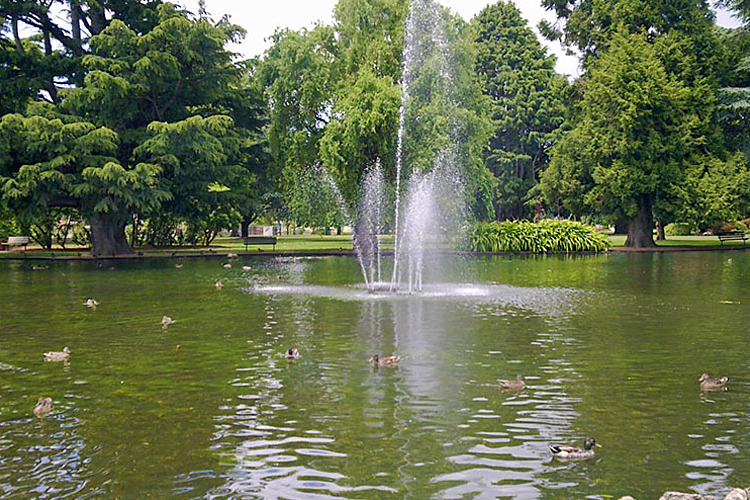 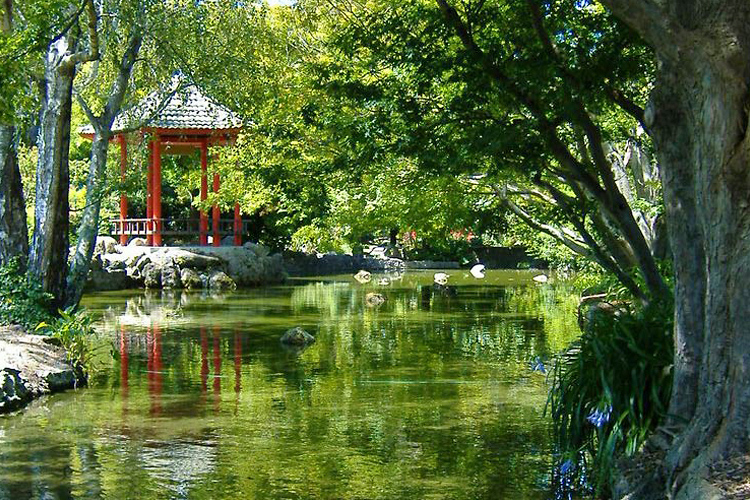 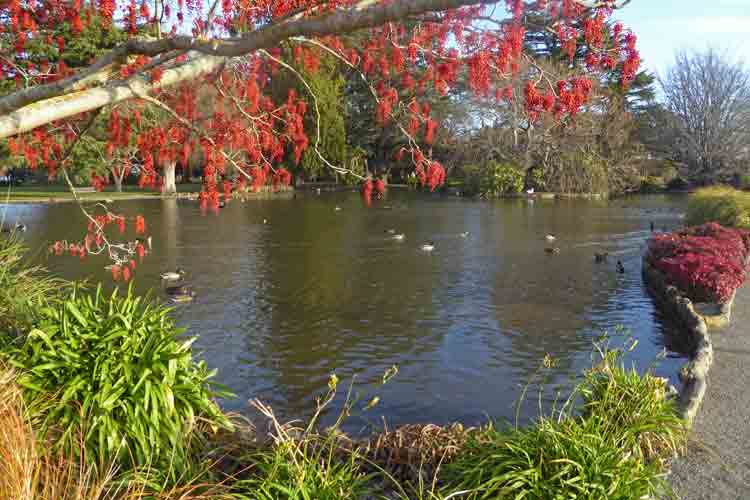 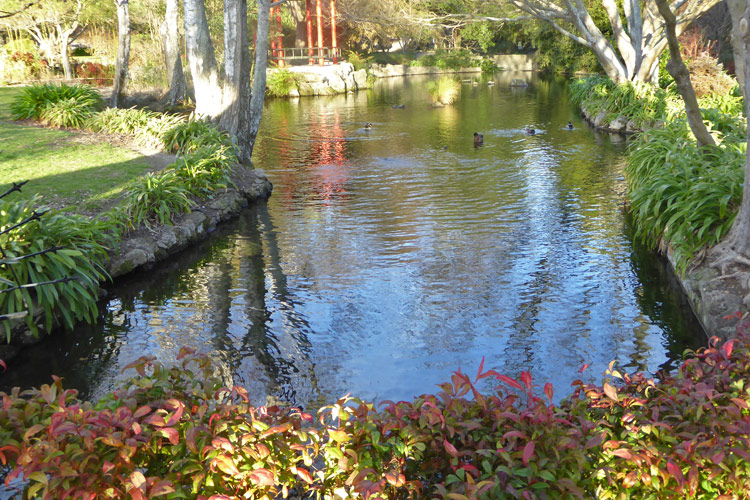 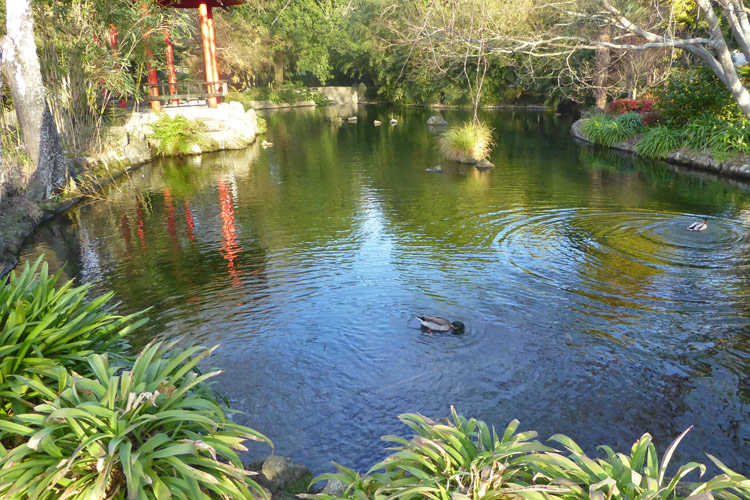 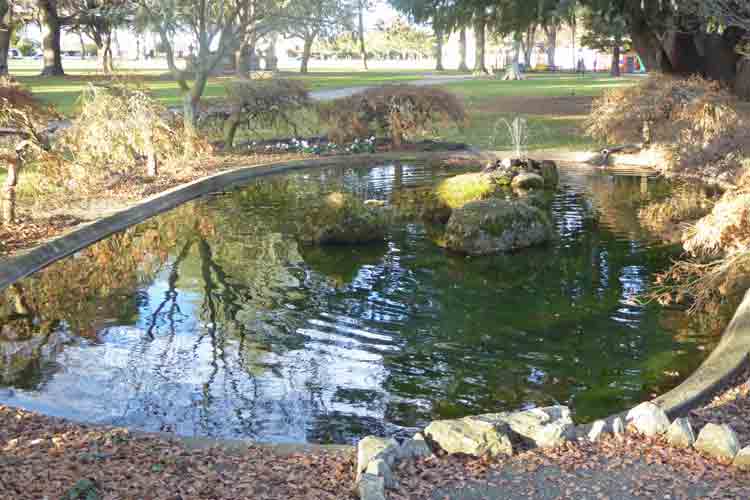 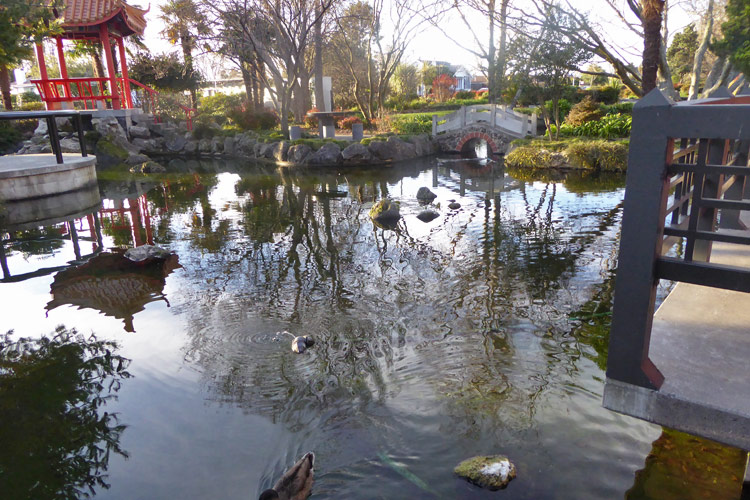 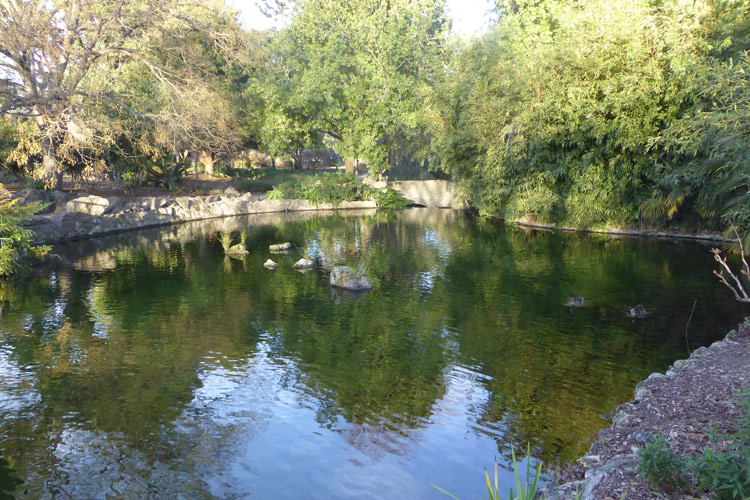 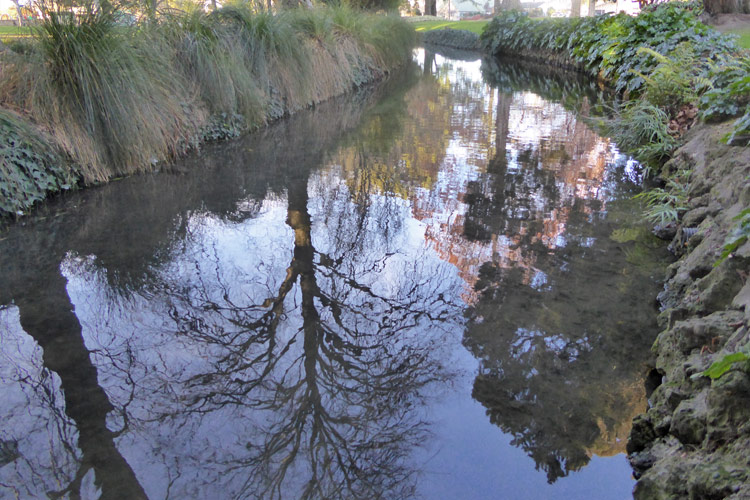 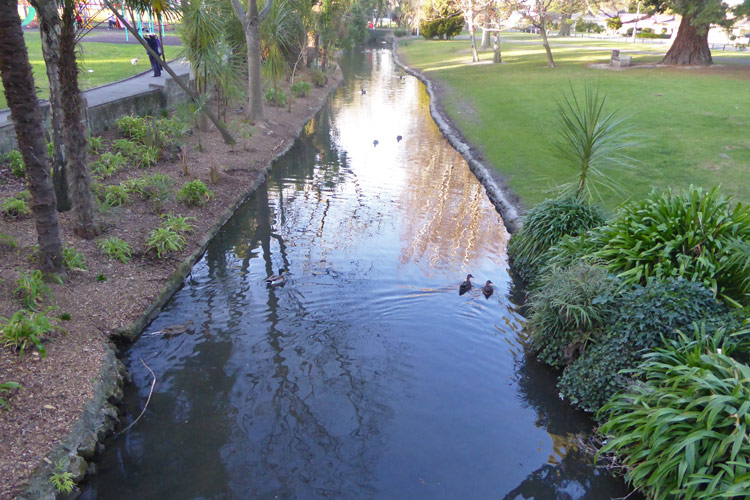 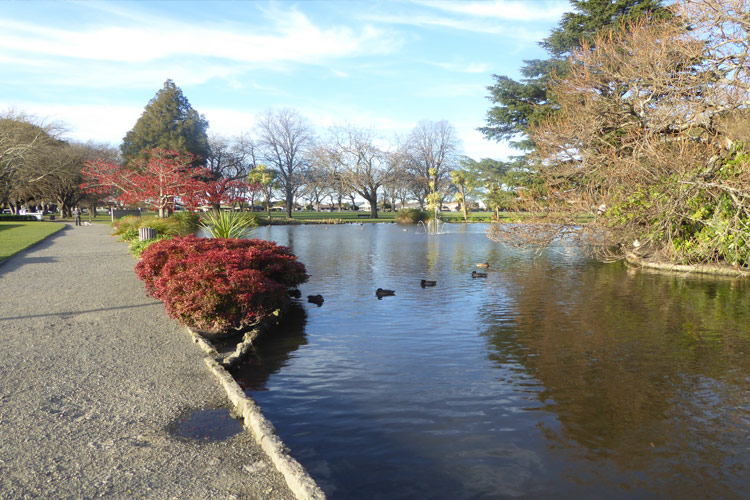 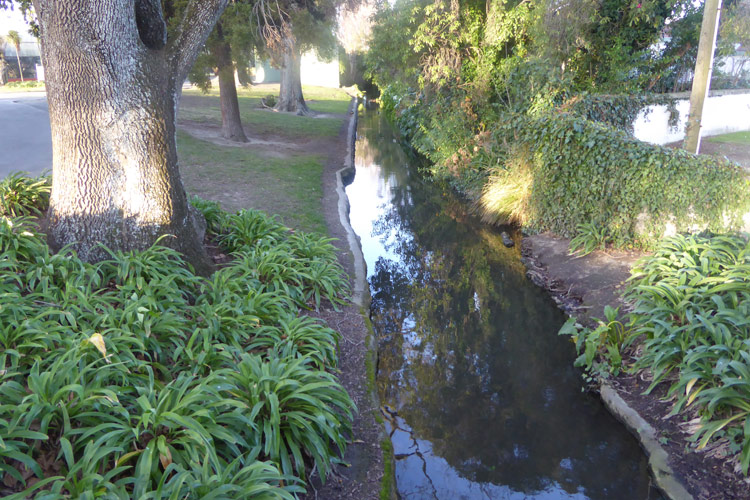 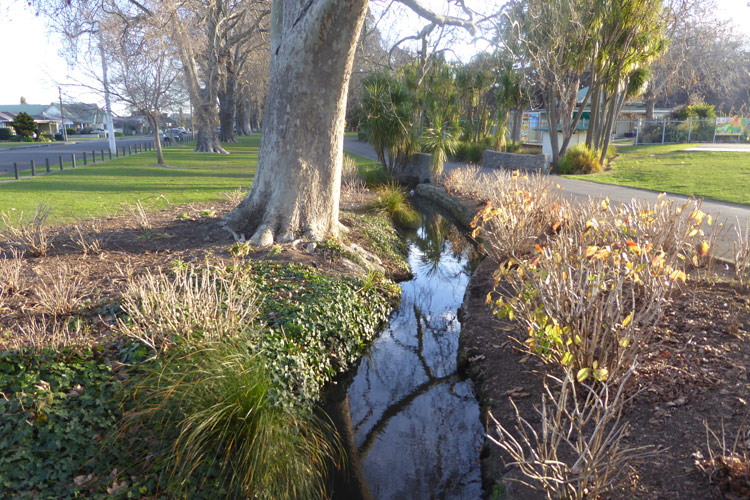 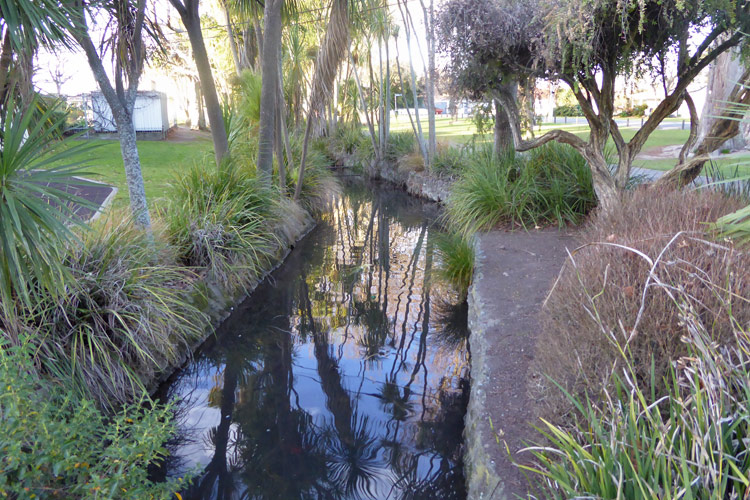 The stream was full of anaerobic sediment and was smelly and unhealthy for both the public and wildlife. The Chinese garden pond has a concrete base and had to be regularly drained and cleaned to remove unsightly algae blooms and accumulated debris.

After 18 months of remedial treatment, the ponds and stream were restored to a safer condition and the odour eliminated. The stream is running clear and the Chinese garden pond has remained clean with a small carpet of healthy green biomass over the concrete base.

Industry Leading Solutions
for Sludge Managment in Lakes and Ponds

REGEN-Sediment® is a next-generation probiotic tablet for the restoration and maintenance of impaired water resources. This advanced probiotic combines scientific research with novel bioengineering, resulting in a product that treats the entire water body by starting at the bottom. REGEN-Sediment® tablets saturate the sediment layer with rare earth stimulants and a broad spectrum of natural bacterial cultures. This establishes a healthy microbiota at the water-to-sediment interface that accelerates the digestion of organic matter.

See how it works 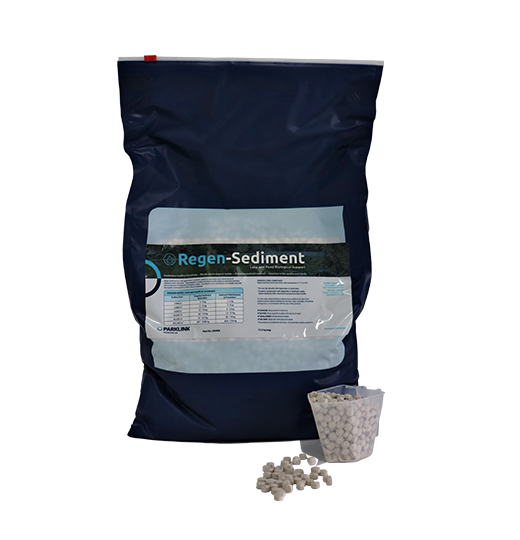 Backed by years of intensive study, REGEN-Sediment® has been proven to reduce organic matter and key nutrients in sludge through a study using a lab setup that more closely mimics real-life water bodies than any previous study.  Download the full study from the downloads tab below. 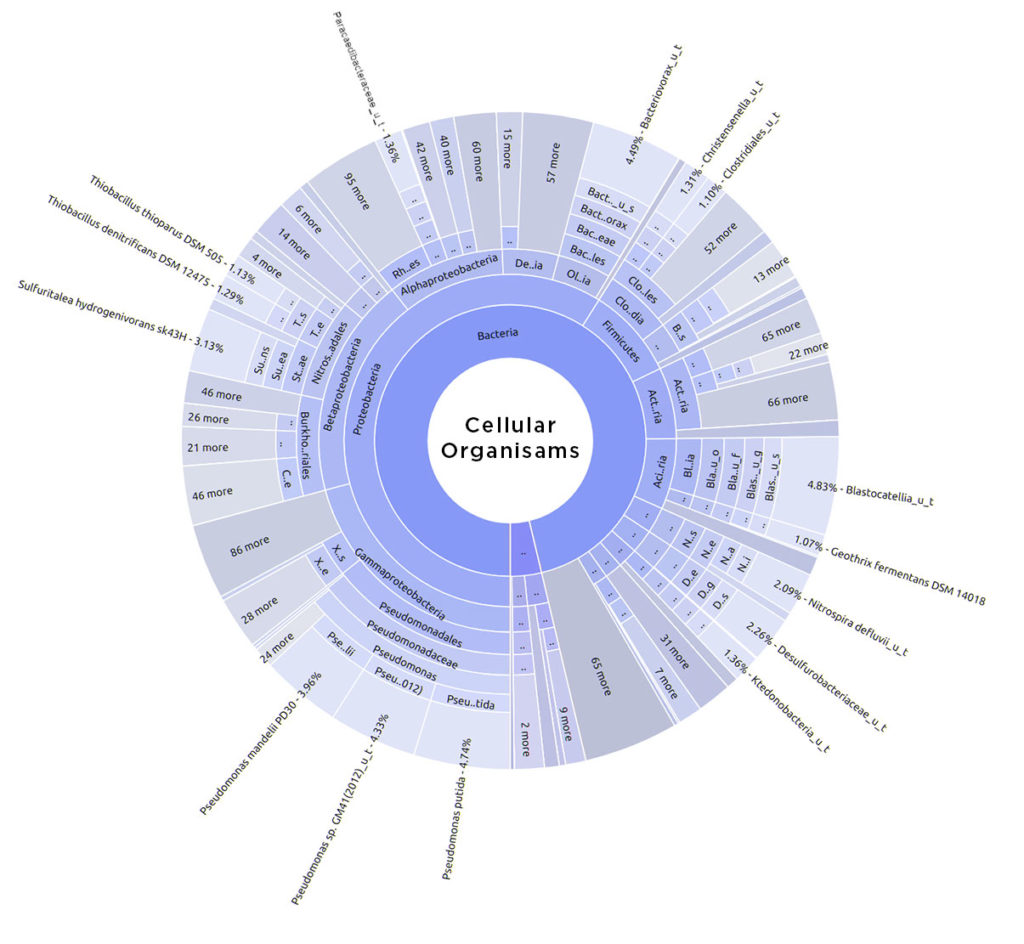 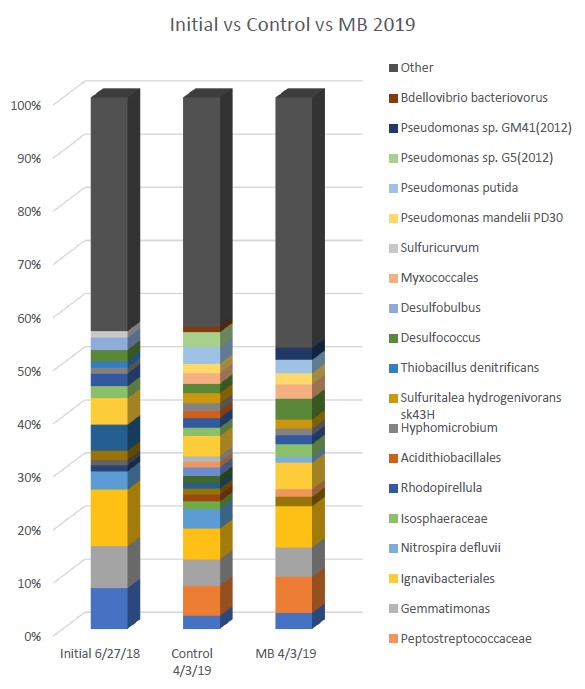 Once per month or as needed.

Include in Treatment Programs for 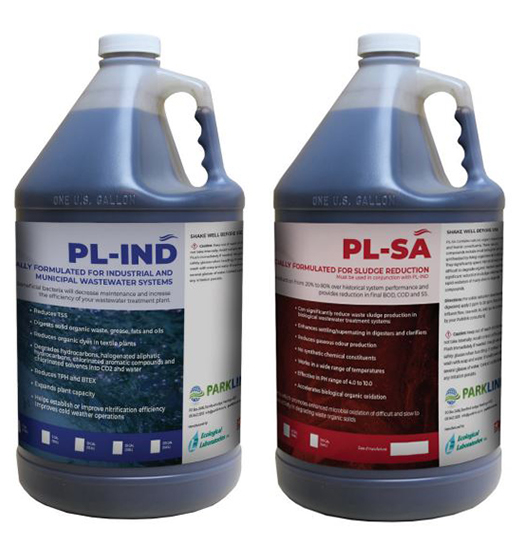 One of the functions specific to achieving restoration is related to the bio-technologies capability
to biologically eliminate a primary nutrient responsible for excessive weed, algae and green water
events. This is accomplished through the denitrification process referred to as anoxic respiration, which
promotes the removal of nitrate via biological anoxic respiration that occurs within the anaerobic,
littoral and benthic zones containing accumulated organic matter.
Denitrification is a key function in our technologies capability for control of green water events and
excessive aquatic weed growth. Nitrogen removal is key to algae control, but it comprises not only
denitrification of nitrate but nitrification of ammonia to nitrate since algae can grow on both nitrogen
types.
With nitrate as one of the primary factors and requirements for algae growth and existence, the
objective is to explain the nitrate removal process and the biological functions associated with the use
of our products allowing for a reasonable explanation of the successful control or suppression of algae.
Phosphate is another issue altogether. Some algae, like cyanobacteria, can fix nitrogen needing only
phosphate for growth, so it may be necessary to chemically and mechanically remove phosphate from
a system to permanently control algae. This is mentioned as chemical technology may be required
should phosphate levels exceed microbial cellular up-take and plant levels.

The primary and the secondary essential process to algae control involves the functions associated with
the product’s photosynthetic microorganisms. Their pathways and processes can mirror the image of
algae while the food source in the environment is depleted by the biological restoration process.
This then places microorganisms within the ecosystem in the declining or death phase where they
normally go through lysis recycling their by-product back to the environment. These released byproducts
such as carbon, nitrogen, and phosphate, all support continued biology, promoting further
algae and aquatic weed growth. Remember all algae requires is light, nutrients and Carbon Dioxide.
The novel technology incorporates photosynthetic microorganisms that can function like and mirror
the image of algae meaning they can utilize light, carbon dioxide and nutrients in place of organic
carbon (food) during the declining phase. This declining phase is where standard bio technology
(competitive biological agents) and the ecosystems indigenous microorganisms typically release
and recycle their material thereby fostering a return of algae.

These concepts apply to bacteria that can fix carbon dioxide and the non-autotrophic bacteria
important to the remediation process. These microorganisms will still be subject to starvation and
lysis.
Carbon is usually not the limiting nutrient to autotrophs. The limiting nutrient is typically nitrogen,
phosphorus or a micro nutrient like iron. The autotrophs will grow until this critical nutrient is
depleted and then be subject to lysis by protozoal grazers regardless of their ability to fix carbon. At
the same time algae is almost always present in an aquatic ecosystem. Its percentage is the primary
factor that often interrupts ecosystem balance and this is dependent on available nutrients, light
and carbon dioxide. The use of our microbial technology effects the restoration process of the entire
ecosystem while improving the ratio of biological balance via denitrification and the photosynthetic
function outlined in the explanation.
The reasonable explanation is that we do not build up a high amount of nutrient-retaining biomass
(sludge) to see measurable results and this is due in-part to high substrate affinities and low growth
yield of our organisms. The substrate is primarily being catabolized to energy rather than being
converted into biomass. In comparison to the biomass of a harmful algal bloom, the contribution to
solids from our bacteria is very small. Once cells reach death phase, further mineralization will occur
during growth of surviving bacteria on lysis products.

Lysis will continue during the final stages of ecosystem restoration until the F to M ration is achieved
and returns to a steady state. During the declining period the resulting by-product nutrients still
need to be controlled via cellular up- take of other microorganisms, denitrification, and plant
adsorption. If not, algae will return and eventually become dominant again.
Competitive biological products terminate in failure due to the inability to control the lysis that
occurs in the declining phase as food is reduced and the biological community declines and
releases their stored nutrient load.

During the initial start of biological restoration the microorganisms will take up nitrate
and phosphate as a cellular requirement thereby limiting algae and aquatic weed growth,
however once the biological enhancement process goes beyond steady-state and the food
supply is limited, the microorganisms will go into decline to match the food supply. This is
the point where our photosynthetic functions contribute with their capability to provide
unmatched restoration functions via denitrification, carbon dioxide utilization, and the use of
light energy.
Without the use of this classification of microorganisms and microbial pathways, a biological
restoration process would see good results during early use, to be followed by an increase
in green water events and aquatic weed growth as all of the nutrients removed during
the cultures log growth and through steady state would then be recycled back to the
environment due to lysis.

Our bacterial product is extremely efficient for a number of reasons and is the largest
consortium multi-strain bacteria in the industry. Unlike competitive 2-6 strain bacterial
products we offer 29 strains that handle all of the biological processes found in a waste
system whereas our competitors handle but one or two of the processes. Our bacteria
is organic and natural, completely safe and pathogen free. It has a guaranteed shelf
life of 3 years. The nature of our consortium leads to an interesting phenomenon that
is explained in its simplest form as self-selection. Because we have such a wide range
of bacteria functioning over different processes our bacteria flourishes in almost any
environment. The moment it is introduced into a system the availability of different
types of waste will encourage the growth of the specific bacteria for that type of waste.
This gives us the most successful bio- augmentation product on the market today.

The cost of dredging a pond or a lake is dependent on many variables. For example, costs for this sludge reduction method can come anywhere between $20,000 to $500,000 per acre!

When determining the cost of traditional dredging, there are four main questions to answer:
• How much sediment is there to dredge?
• What is the size of the water body?
• What is the content and condition of the material that needs to be dredged?
• Where can you put the dredged material once it’s removed from the lake?

To determine the quantity of sludge, a survey must be performed to provide water and sludge depth information.  At Parklink we carry out sludge surveys as a way to monitor and track progress or changes in the reduction process.  See our Sludge Surveying page. 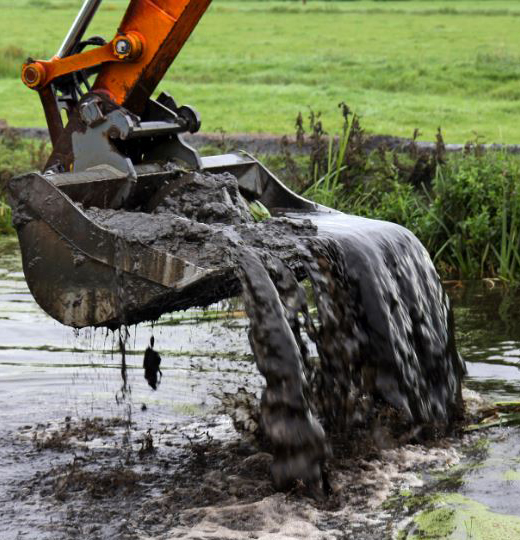