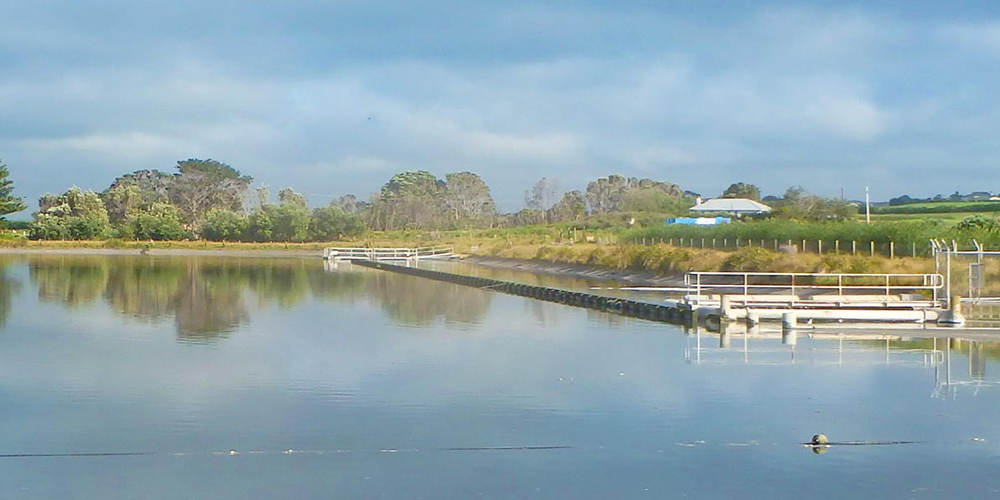 Biological treatment is the most efficient way of removing soluble compounds from wastewater. Until recent times, it was functionally the only way. Biological treatment is far more efficient and available than processes like ultrafiltration and reverse osmosis and has been used for centuries. It’s the primary mechanism for lagoon treatment and provides for true removal of BOD without creating sludge. While some will end up in biomass, the majority of carbonaceous BOD is converted to carbon dioxide and off-gases to the atmosphere. There are very few processes that allow removal that simply and efficiently without having to handle waste products.

Heterotrophs versus autotrophs is a distinction in microbiology between organisms that consume existing food from the environment (heterotrophs) and organisms that can make their own food (autotrophs). In wastewater treatment, heterotrophs are by far the most dominant because wastewater is a food-abundant environment and it’s a lot easier to eat other people’s food than it is to grow your own from scratch. They eat either organic molecules in the waste stream or other organisms, including other bacteria.

Free floating: These bacterial cells are Lone Rangers: each on its own floating around in the water column. Because they are not likely to settle over time, they can contribute to TSS in the effluent.

Floc forming: Floc forming bacteria in a lagoon are not as robust as the recycled flocs from an activated sludge operation. In a lagoon, floc-forming bacteria create an extracellular polymer as they reproduce, tying them to other bacteria of the same species so they form this little raft together. Their advantage in a lagoon is that those flocs are large enough to settle out. They eat the BOD and then when they’re done the particle is large enough to sink as sludge and not go out as TSS.

Filamentous: These are bacteria that create long chains of themselves. While they can cause settling problems in clarifiers in activated sludge systems, they’re really very benign in most lagoon systems. They’re also useful as an indicator organism to tell you about the health of your lagoon.

There are many types of BOD-eating heterotrophs, but they’re all robust, hard to kill, and quick to reproduce. They’re also very adaptable to changing conditions. If conditions in the lagoon favour one species of heterotrophic bacteria over another, that species will just reproduce faster to take advantage of those conditions.

On the opposite side are autotrophs which are organisms that produce their own food. They still need an energy source which can be either sunlight through photosynthesis or chemical energy through chemosynthesis. They can’t use carbon from organic molecules, so the chemicals they eat will be inorganic molecules such as ammonia. Autotrophs require a carbon source from someplace else, separate from their energy source. In a waste stream, particularly for nitrifying (ammonia-eating) bacteria, many use CO2, which dissolved in water becomes alkalinity. Autotrophs take carbon from the water and energy from somewhere else and combine both of those things to build their new cell mass.

The autotrophs we discuss most frequently are those that nitrify, or consume ammonia: namely Nitrosomonas and Nitrobacter. While there are other species of nitrifying bacteria, these are the two that are most researched and most productive.

Unlike algae, which is an autotroph that uses photosynthesis to make its own food, Nitrosomonas and Nitrobacter bacteria use chemical energy from the breakdown of ammonia. Nitrification is a much less energy-yielding process than BOD consumption, so nitrifying bacteria need to eat a lot more than heterotrophic bacteria to get the same baseline energy. Their low energy metabolism makes them much more delicate and demanding of a specific set of conditions:

Surface: Nitrifying bacteria are attached-growth organisms that require surfaces to attach to. They will grow on side walls, baffle curtains, aerators, or whatever they can stick to.

Low BOD: Autotrophs do not compete well against heterotrophs. For nitrification to occur, BOD levels must be reduced enough to eliminate competition.

Warmer temperature: Nitrifying bacteria slow down significantly at low temperatures. This can be a huge problem for lagoons in the wintertime.

Alkalinity: Autotrophs require a carbon source, which they get from the alkalinity in the water. The guiding ratio is about an 8 to 1 ratio of alkalinity to ammonia, which is typical in municipal lagoons, to nitrify.