Interesting facts about Alum and Phoslock 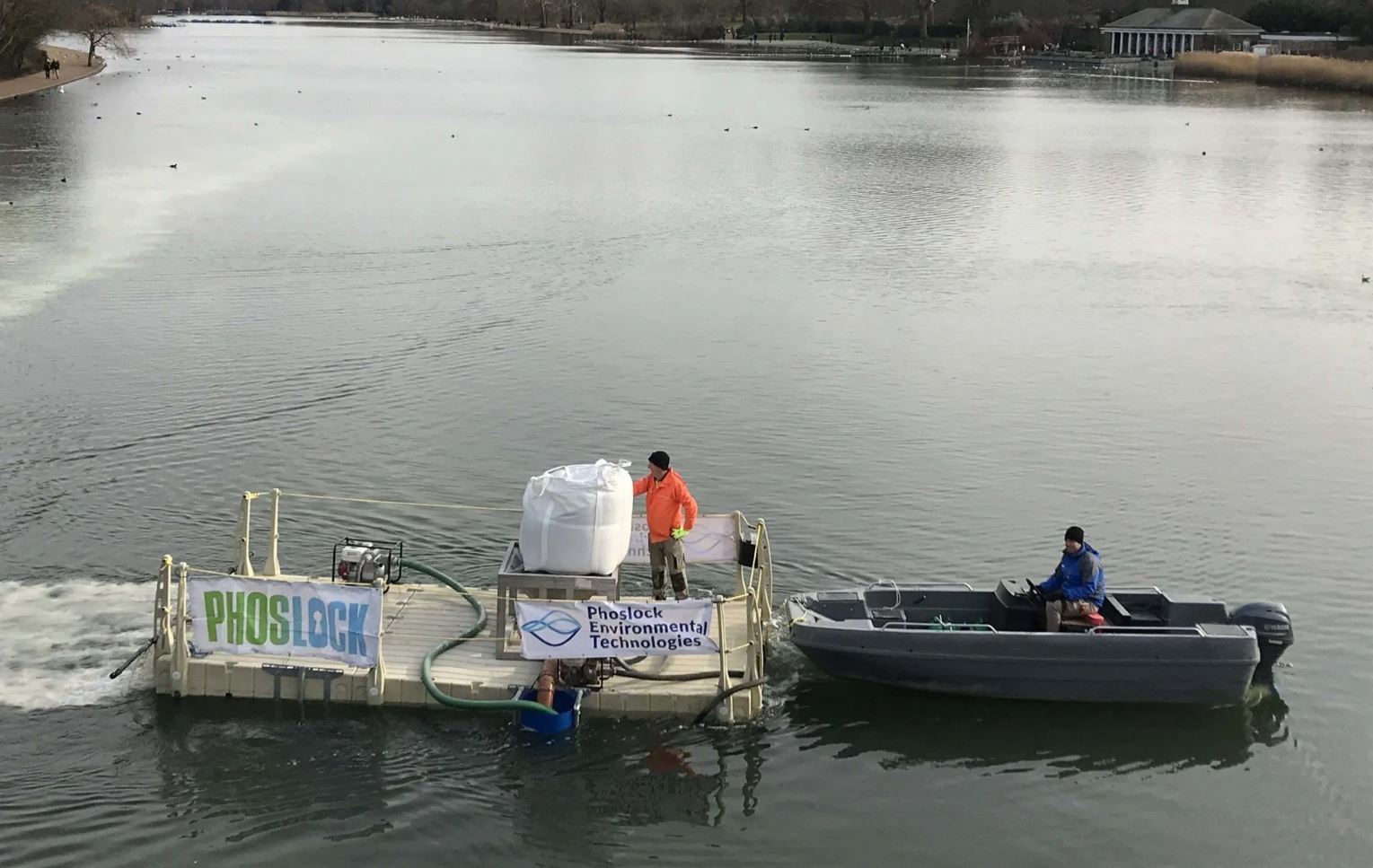 Both Alum and Phoslock® are used as a P-inactivation agent in eutrophic lakes and reservoirs throughout the world. Alum has been used in North America and Europe for more than three decades. In contrast to Alum, the use of Phoslock® is new, however it is a fast emerging as an effective eutrophication or blue-green algae management tool.

Phoslock® is an innovative product, developed by the CSIRO (Commonwealth Scientific and Industrial Research Organisation), Land & Water, Australia over 15 years of research and development. Phoslock® has been applied to water bodies (including its use in aquaculture) in over 20 countries and has been proven as a sustainable, environmentally friendly tool for eutrophication control as well as management of blue-green algae.

Alum is an aluminium based product. Aluminium toxicity to living organisms (e.g. plants, fishes, humans) has been well documented. There are several physicochemical and environmental factors that influence the efficacy of Alum, and restrict its use in the water bodies.

For example, the effectiveness of Alum is pH driven; with a maximum efficiency when the pH range is 4 – 6 (i.e. in slightly acidic condition). However, at the lower pH there is a significant risk of the toxic Al3+ ions being released into the water column. At pH ~7, the P-binding efficiency is only 55% and at a pH 8 (the average pH when there is a moderate algal bloom), the P-binding efficiency falls to 20%. Alkalinity of the water affects the effectiveness of an Alum treatment and may cause the release of soluble Al. In lakes with low to moderate alkalinity, an Alum addition produces a decline in the pH at low to moderate alum doses, leading to the appearance of and increasing concentration of toxic soluble aluminium forms, including Al3+ and Al(OH)2+. The P-removal effectiveness and Al-speciation associated with an Alum treatment are also affected by physical factors including floc size and distribution. Alum floc is easily disturbed by even small lake currents which can dramatically reduce its efficacy as a sediment capping material.

Phoslock® is a lanthanum based product (lanthanum modified bentonite clay). The manufacturing processes of Phoslock® were designed to incorporate the lanthanum ions into the structure of a high exchange capacity mineral, such as bentonite. As the lanthanum is locked into the clay structure, it can either react

with the FRP molecules in the water body or remain within the clay structure. Therefore, the concentration of dissolved lanthanum remains very low in the water body. The effectiveness of Phoslock® is not driven by water pH as is with Alum. The removal of FRP (or SRP) by Phoslock® is attributed to the lanthanum

that adsorbs phosphate molecules, forming a highly stable insoluble mineral known as Rhabdophane (LaPO4.nH2O). Phoslock® operates over a wide range of pH (~ 4 to 11), with an optimal range of 6 – 9, and binds with phosphate even under anoxic conditions. The alkalinity of water partially affects the effectiveness of Phoslock® treatment. In low alkalinity water, the Phoslock® dose rate should be based on the available phosphate only because lanthanum also binds with CO3.

Unlike Alum, the addition of Phoslock® in low alkalinity water does not reduce the pH and does not produce any toxic residue. Moreover, the P-removal capacity of Phoslock® does not change drastically under different chemical or environmental conditions.

By comparing the toxicity of Alum (aluminium) and Phoslock (lanthanum), it can be concluded that Al poses more of a threat to aquatic life and human health than that of lanthanum. Links between Alzheimer’s disease and aluminium in drinking water are examples of the potential hazard of aluminium to humans. In contrast, lanthanum has been used as a beneficial agent to human and agriculture. Lanthanum has not been found to accumulate in animals and humans and is excreted. Comprehensive reports published after the Lake Okareka application in New Zealand (written by the Environment Bay of Plenty and found on http://www.ebop.govt.nz  and www.phoslock.com.au ) also reiterate that the La that was initially found in the fish after the Phoslock application was excreted over time and the concentrations returned to prior application levels. Therefore,

application of Phoslock to water bodies (including drinking water reservoir and aquaculture) is fast emerging as an effective, safe and environmentally friendly tool for P-inactivation or eutrophication management.