How can I circulate my pond? 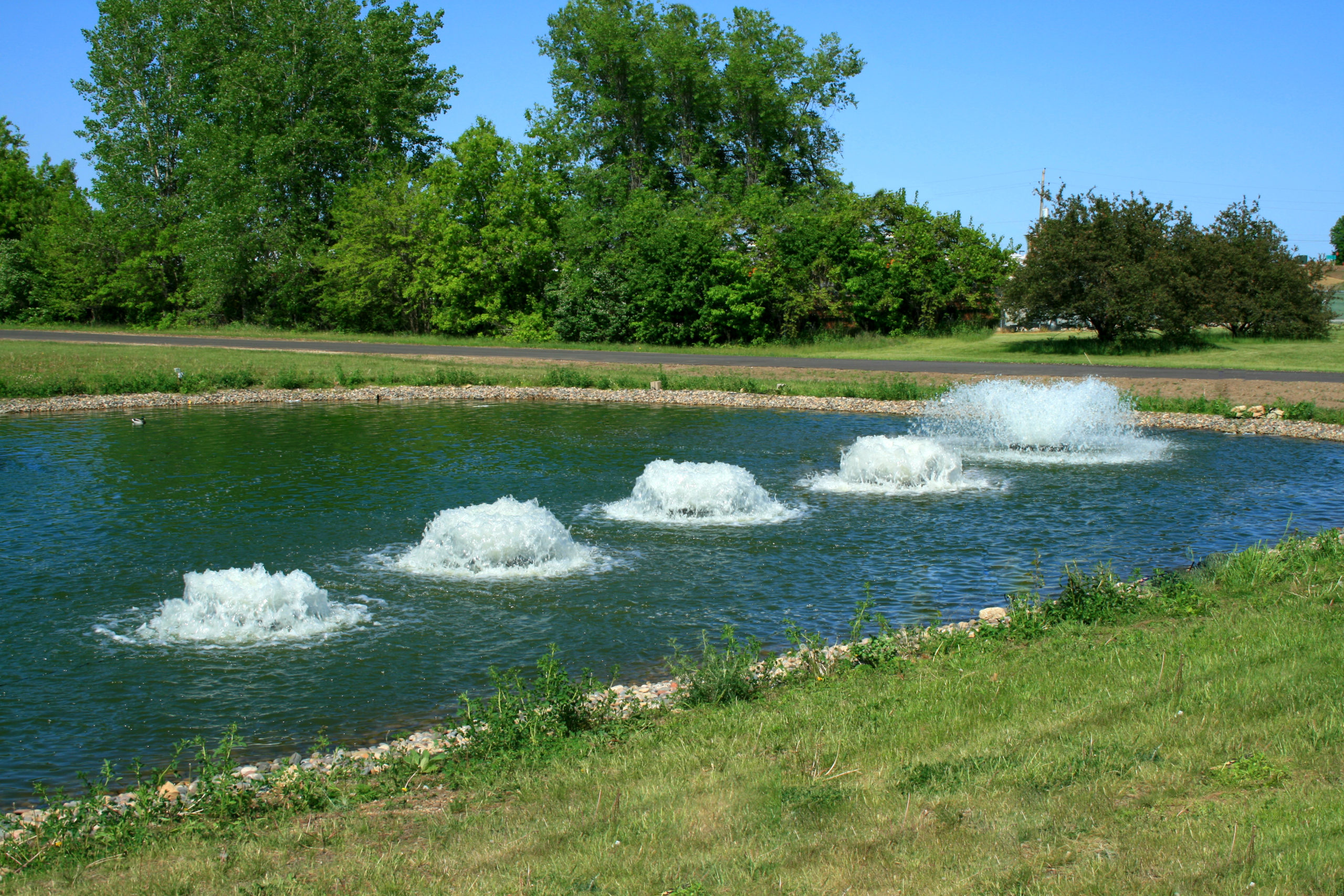 If aeration is one of the best forms of overall pond management and the best way to balance a pond ecosystem, circulation is a close second. Circulation, just like the blood in your veins, is critical to a healthy, vibrant pond ecosystem. Without circulation, natural biological processes become imbalanced and do not function properly, leaving undesirable consequences in the pond.

Luckily, you can kill two birds with one stone using an aeration device as most of these products also involve a varying degree of circulation and water movement. Therefore, you not only get the benefit of the improved DO and all the benefits that go along with that, but you also see improvement with the most common stagnant water issues like stratification, turnover, floating plants and debris, and mosquitoes.

The layering of water by temperature and density can cause major problems within a pond like limiting fish habitat, slowing down decomposition processes that lead to harmful gas production, and dangerous chemical properties within the pond. Using an aeration or circulation device can prevent and in some cases eliminate this stratification completely.

As with many things in life, it is easier to prevent a stratification problem before it starts. Therefore it is recommended to install and start an aeration or circulation system in the spring before the layering has occurred. Once it has occurred, you can still address it, but you need to take caution to not inadvertently create too rapid of a mixing that would lead to a turnover in the pond.

Adding these devices to the pond will at the very least extend the oxygenated surface area to a much larger volume than naturally seen, and in many cases eliminate the layering completely, leaving your entire pond available for fish use and eliminating the risk of a turnover related fish kill.

This is the process of a layered or stratified pond mixing when density barriers are lost, typically in the Autumn. This can be catastrophic for fish if oxygen levels drop too low. Adding a circulation or aeration device can eliminate this risk completely by removing the stratification of the pond. It will also add valuable oxygen to buffer against any such turnover or mixing.

Circulation can also help limit debris and floating plant growth in your pond. Creating a moving water environment in your pond will turn your pond into more of a river environment. Floating debris can be better managed by pushing it into areas where it can be removed easily. This is especially important for ponds in more urban areas where trash can find its way in or around docks, marinas or boats.

In some cases such as marinas or bays, strategically placed circulators can prevent floating debris from entering the area altogether. Circulators have been successfully used to direct floating debris to areas where it is either not seen or where it can be more easily removed, saving time and money.

Moving water also deters some floating plant species from growing. Most floating species of plants prefer still, stagnant water. If that water is moving, growth is limited or prevented altogether. The faster the water is moving at the surface, the less likelihood there is of having major algae, duckweed, or other floating plant problems. The water just does not sit still long enough to allow for excessive growth of these plants.